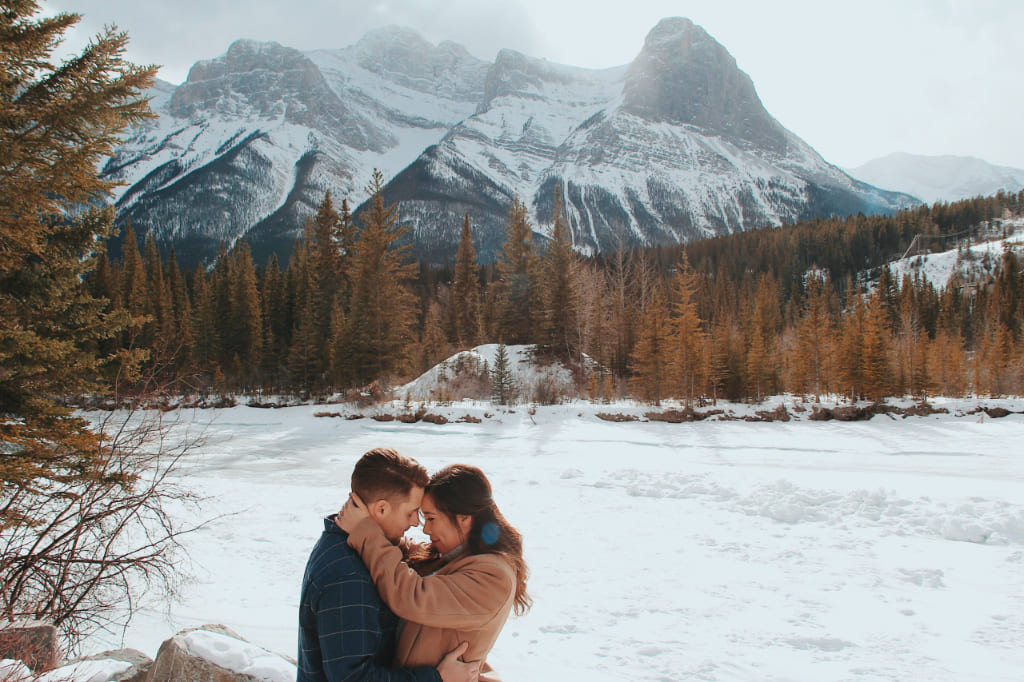 aving a great marriage isn’t based on one moment, one action, or one success, but rather a pattern of right actions (and corrected wrong actions) over time. This may seem obvious–doing the right thing is commonly best practice–but the effects are less obvious. It’s the momentum of all of these small actions that keeps a marriage strong through the hard times.

In one of my favorite business books, Good to Great, Jim Collins paints a very helpful picture of a flywheel and the effects that it can have on a business. In this post, I’ll explain how this relates to most marriages.

This is like building a marriage. At first, it’s not very natural and sometimes things can take a great deal of effort to get started. That’s okay though, most couples go through this in some (or many) areas. They may compare themselves to couples who have been married 10, 20, or even 50 years and yearn for the ease that those couples seem to have. That doesn’t mean that the newly married couple is broken or failing–getting started just takes more effort. Most couples start in the same area.

Each push on the flywheel is an act of kindness, a compliment, a kind word, a courteous action, putting your spouse before yourself, or valuing them in a way that’s meaningful to them. A push could be supporting them in a hard time, sacrificing yourself for them, loving them in meaningful ways, and so much more. If it grows relationship and makes them feel like you care, it’s a push.

After a year the flywheel of their marriage was moving slowly but noticeably. It was moving steadily at one rotation every hour. It had reached a point where they could stop pushing for a minute to rest without it stopping immediately. They had put in enough effort to get this massive wheel moving. It had momentum of its own and could sustain a short period of no input without stopping.

After five years, the flywheel was moving a bit more quickly–one rotation every ten minutes–and it could stand a period of no input long enough for the couple to sit and enjoy a cup of coffee together.

After 20 years, the couple could sit back and take a nap. The flywheel was spinning around a few rotations every minute.

After 40 years the flywheel was spinning a rotation every second. The couple could go away for a weekend without a noticeable slowdown.
The idea here is that by taking the right steps, over and over again, working as a team, we get our marriage moving. The more effort we put into getting it moving faster and faster, the longer it can sustain those periods of no input. There will be times in every marriage where we’re not actively speeding up our flywheel–whether it’s a time of sickness, struggle, travel, caring for others, exhaustion, or anything else that pulls us away for a period of time. These are the times where the momentum of our efforts over time carry us through. We’ve been a part of a team with our spouse, pouring into our marriage, working to get the flywheel spinning faster, and it carries us. When we aren’t able to keep pushing, it doesn’t stop moving.

The momentum of the thing kicks in your favor, hurling the flywheel forward, turn after turn … whoosh! … its own heavy weight working for you. You’re pushing no harder than during the first rotation, but the flywheel goes faster and faster. Each turn of the flywheel builds upon work done earlier, compounding your investment of effort. A thousand times faster, then ten thousand, then a hundred thousand. The huge heavy disk flies forward, with almost unstoppable momentum. (Jim Collins, Good to Great)

Now, we can’t have positive motion without acknowledging the threat of negative motion. Each insult, each criticism, each disrespect, and each time love is actively NOT chosen, it slows the flywheel down twice as much as a good action causes it to speed up. The forward momentum can carry a good amount of this before it stops, but only so much. The negative motion is twice as powerful as the positive motion, and the spouse still trying to move the flywheel forward will have to work harder to keep it moving when their spouse is working against them. They can slow the deceleration, but they can’t stop it. Not alone. The negative motion is twice as strong.

So, what’s the lesson here? There are three:

Every kind word, loving choice, or positive action moves you a little bit in the right direction and makes your marriage a bit more steady. The steadier it is, the more it can withstand the storms of life. EVERY right choice helps.

One negative action, one use of harsh words, or one unloving choice causes more negative impact than any single positive choice can overcome. Too many negative inputs can have a severe impact on the momentum and security of a marriage.

With the flywheel and with our marriages, it’s essential that BOTH spouses be working together to build momentum. One spouse can keep the thing moving, but only just. They can’t speed it up alone.

Those couples who seem to have it all together after being married 10, 20 or 50 years have spent those years pushing the flywheel of their marriage in the right direction, little by little, working as a team to move in the right direction. They’ve built a strong momentum that carries them through the hard times. They will survive. The quantity of time alone doesn’t matter; it’s all about the quality of time. They will survive and thrive because they’ve spent their time well, investing in their marriage in a consistent way. Want to be one of these couples? Start with the next right choice, and then the next one. Put your spouse above everything other than God. Treat your marriage with the care and importance that it deserves. Appreciate your spouse. Avoid unloving words or actions. Your flywheel will be moving a bit faster before you know it.

Are you working to speed up the flywheel in your marriage? What active steps could you take today to make it move a little faster? Share your thoughts in the comments–we’d love to hear from you!

9 Ways to Show Respect to Your Husband

Husbands, this post is written to wives, but these things hold true for you as well--read on! -Adam L et’s talk about the word respect. As wives, we are called to respect our husbands, but what does this actually mean? In the early months of our marriage, I really...
Read More