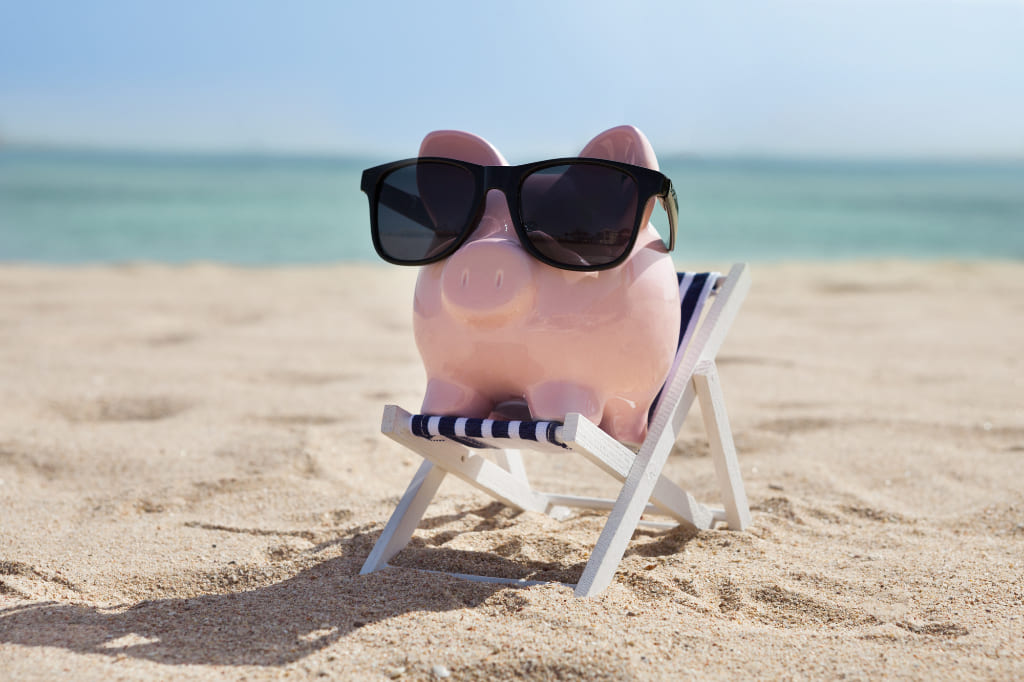 ebt is a fact of life for so many these days, but it doesn’t need to be. From school and cars, to credit cards, so many of us have accumulated a crushing mountain of money that we owe to others. Much of the debt we have begins before we get married, and we bring that into our new marriages with us. For Jess and I, on the day we got married, that number was just over $43,000, all in student loans. For the next few years, we paid the scheduled payments of about $500 a month and would pay a bit extra if we got a big tax refund or something, but we were never that serious about it. That $500 a month was a huge strain on our already-tight budget, but it had just become a part of life for us.

That all changed for us in late 2016. We looked at our budget and were tired of just how tight everything was. It was time for a change. We signed up for a Financial Peace University class through our church and started paying down our debt using Dave Ramsey’s Debt Snowball method. We started the process with $33,171 in debt on January 24th, 2017. We got super serious. I sold the (paid-for) 14 miles-per-gallon truck I swore I’d keep for the rest of my life and bought an 18-year-old little car that gets around 50 miles-per-gallon. Within a month, we were down to $15,466 (that included big payments from the sale of the truck and our tax refunds). But that was the easy part. Not everyone has stuff that they can sell. For the next 14 months, we cut every spare dollar out of our budget. We didn’t go out to eat (unless we were getting an ice cream cone to celebrate paying off a loan). We both worked all the hours we could to make extra money. We said no to a lot of things we wanted to do because we wanted to kill our debt more. We found new ways to do really inexpensive dates that were still fun. For a while, it felt like we’d never see the end of the struggle. But we kept making progress. It was much slower than the initial burst, but it was measurable. Jess also got downsized at the end of June, and was unemployed until December, so progress was a bit slow. On April 16, 2018, we made the final payment and had finally killed the monster. Nobody helped us or gave us money, and we didn’t inherit anything. It was all hard work and chasing every opportunity in front of us. It was AMAZING to FINALLY be out of debt.

But how DO you do it?

Here are the steps we took:

We prayed regularly through the entire debt-killing process. We prayed for strength and wisdom, we prayed for extra work, and we prayed for discipline. So many times we were faced with decisions and opportunities, and it’s our focus on God that helped us to persevere.

Life will happen, but the most important thing is to do your best in whatever situation you’re in. We had a whole plan for paying off our debt within 11 months, and then Jess’ income went away when she lost her job. That changed things quite a bit, but it didn’t change our focus. Sure, it took us longer, but we still kept our focus and made it.

This is probably the most important step. At the same time that we started paying off our loans, Jess was starting graduate school. We were faced with the decision of whether or not to take out loans. We chose not to. We pay for tuition out of pocket to avoid taking on any loans. School is taking a bit longer because we can only afford one class per quarter, but it’s worth it.

Dave Ramsey advises that this should be $1000 in a savings account to cover any unexpected expenses so that you don’t accidentally add more debt. Because we were in an incredibly expensive area, we upped this to $2,000, just in case.

If you’re not serious, this won’t work. You need to be willing to take drastic steps. We sold my truck and spent almost no money on anything fun for 14 months.

This means you make minimum payments on everything you have and put every extra penny you have toward paying off your smallest debt (interest rate doesn’t matter) until it’s paid off. Then you use the monthly money you were paying on your smallest debt (and everything extra you can manage) to paying the next smallest debt. Repeat this process until they’re all paid off. (For more about the Debt Snowball process, check out Financial Peace University)

To track our progress, we made a Candyland-style roadmap and hung it in our bedroom where we’d see it every day. It reminded us what we were working toward and kept us on track. Every time we made a payment, we’d fill in more of the path, and we knew we were that much closer to being free.

For us, every time we paid off a loan (we started with 10 separate student loans between the two of us), we’d go out for ice cream. It didn’t cost much, but those were some of the sweetest ice cream cones I’ve ever had. They meant we were one step closer to being out of debt.

Celebrate when you pay everything off. We love Disneyland. Jess grew up an hour away, so it’s a part of her childhood and we love to go. So, when we started the whole process, we chose that as our reward. As soon as we paid off the last debt, we started planning and saving for a trip to Disneyland. We drove instead of flying and still did things as inexpensively as possible, but we LOVED that trip for what it meant. We even got special buttons to celebrate.

When you finally do get out of debt, commit to staying out of debt. We drive two old cars that, combined, have well over 500,000 miles. Just because we are out of debt, doesn’t mean that we can start spending the money that was going to debt frivolously. We still have to plan for the future.

Since becoming debt-free last April, we’ve used that same intensity to build up an emergency fund. We’re gunning for 6 months’ worth of expenses. As of now, we’re at a little over 4 months, and it’s slow going, but we’re staying on it as much as we can. (2019 update)

Getting on the same page with your finances and tackling debt as a team is one of the most amazing things you can do for your marriage. It is a great way to learn, work as a team, and encourage each other along the way!

What about you? Are you working to pay off debt? Are you debt free? Wherever you are, share with us in the comments–we’d love to hear from you!